Philip Hammond’s Budget of Autumn 2017 isn’t daring, it may disappoint some, it could be said to take boringness to an art form, but I think it does for the first time in many years contain a vision about the country which can be seen to be shaping the tax announcements.

Other than for the fortunate few super rich, UK Budgets and Autumn Statements have been increasingly boring, more memorable for cock ups than any great policy announcement. There has been a growing sense that in the field of personal taxation, tax policy is dead. Chancellors haven’t had any overriding vision guiding and shaping the tax system other perhaps than a consensus that the least well-off should not be burdened by tax. In the main, personal tax policy has been a mess created by a stealth tax here, a raid on the wealthy there, layers of anti-avoidance legislation and investment in compliance. With each passing year it has had less and less of an intelligible overall design and coherence.

I think this Budget does contain measures which are consistent with a coherent vision of the country and does suggest the Chancellor believes that tax policy has a role to play in shaping society. The centrepiece of this Budget is undoubtedly the pledge to build 300,000 new homes a year, alongside an SDLT break for first-time buyers, and a promise of extra funding for the NHS. There are a smattering of measures which represent investment in a modern green digital economy. And what all this represents is a small “c” conservative vision of the country. A land of family homes in leafy suburbs and what’s more a freeze on fuel duty and a freeze on alcohol duty so we can enjoy our cars and a Peroni or glass of chardonnay (preferably not at the same time).

There are rail cards for millennials because before you graduate to proper motorised family living you need to use the train. Foreigners will be taxed more and tax avoiders and tax evaders will continue to be pursued. As I read through the announcements and thought of what this Budget represents, what came to mind was John Major’s famous description of the UK as “the country of long shadows on county grounds, warm beer, invincible green suburbs, dog lovers and pools fillers and, as George Orwell said, 'Old maids bicycling to holy communion through the morning mist'”. This feels a lot like the country of my childhood or slightly earlier, pre-Thatcherite, maybe public-minded, possibly wholesome, not very international. The land of Postman Pat.

Philip Hammond may have been surprisingly politically astute with this Budget, crafting something which is both a non-event and makes people feel a slight glow inside, like Major’s warm beer. I find it reassuring that there is some sign of direction in tax policy. But if the Chancellor gets to deliver another Budget I think he needs to think harder about what that direction should be, and whether he can take our progress up a gear or two, and how a really imaginative tax policy could assist with that.

In 1993, John Major was delivering a pro-European speech but reassuring his audience that traditional English ways would continue unchanged. Philip Hammond, one of the great Remainers of this Government, is looking at Brexit Britain and he is faced with forecasts of feeble growth. Unless something dramatic changes, the beautiful new green suburbs he builds are going to be eerily quiet. 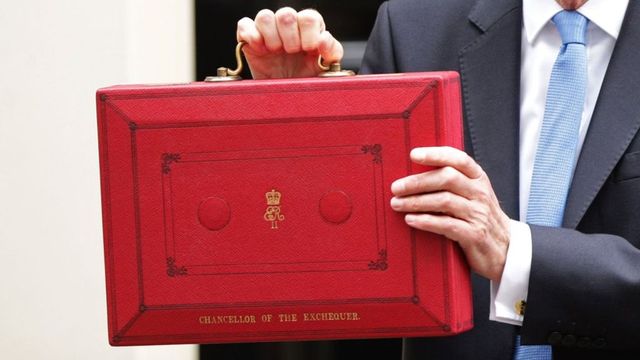 Stamp duty abolished for all first-time buyers on properties worth up to £300,000 - @PhilipHammondUK #Budget2017 https://t.co/bOUnZfVRWF

The assault on secrecy/privacy marches on
Collyer Bristow

Will Meghan join the queue at the new US Embassy?
Collyer Bristow

Be careful what you wish for
Collyer Bristow