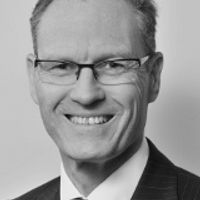 Robin Henry, a partner at law firm Collyer Bristow, said the most striking conclusion in the report was that inappropriate behaviour was systematic.

"Such behaviour, contrary to the law, regulations or RBS’ own policies, was not the result of rogue employees but something that GRG management was or should have been aware of," Mr Henry said.

"There was an intentional and coordinated strategy to focus on GRG’s commercial objectives rather than on the interests of its customers.”

He also criticised the FCA for not carrying out the second phase of its investigation.

He said: “A[nother] major failing revealed by the report’s publication is that the FCA has not followed up on its conclusions since it was completed in September 2016.

"The report was supposed to be Phase 1 of the investigation into GRG, and Phase 2 was for the FCA to consider the root cause of the problems and whether RBS management knew or sanctioned GRG’s misconduct.

"Nearly 18 months later, the FCA has provided no answers to these questions, and this is something it must now address as a matter of urgency.” Landmark ruling in US holds that issue of digital currency is a sale of unregistered securities.
Robin Henry