KitKats may have been helping people take breaks since 1935, but the European Court of Appeal would not give Nestlé a break as they refused to register as a trademark the 3D shape of the chocolate bar. The arguably iconic four-fingered shape of the KitKat underpins their tear and snap ad campaigns which have seen stars such as Jason Statham slice through the foil and snap off a finger. Nonetheless, the ‘four trapezoidal bars aligned on a rectangular base’ as it was snappily put, can be recreated by other confectioners.

The Court held that, although the shape of the KitKat bar is well known, most consumers would not recognise the four-finger chocolate bar without the KitKat logo or packaging and that the consumer is more likely to be influenced by the brand name on the bar and the wrapper than solely the shape.

Nestlé has spent over a decade fighting the trademark dispute, which the likes of Cadbury have opposed. The shape is protected in Australia, Canada and South Africa, and following four years of back-and-forth was registered as a trademark in the EU until rivals opposed the registration. In 2007, the case came to court, and this week’s decision saw Nestlé’s appeal thrown out and the EU Trademark office ordered to reconsider its decision, annulling KitKat’s claim.

The mark is now in the hands of the EU Trademark office and it is likely that it will be removed from the register for now, as there is not sufficient evidence that the shape is distinctive across all EU member states.  This leaves scope for own-brand imitations, and allows less well known, identical bars such as Norway’s Kvikk Lunsk to continue production.

The bar, four-fingers or not, has been set high in regards registering trademarks for 3D shapes. The Court has reiterated the need for distinctiveness in the shape alone, and not when considered with a logo and other branding.

The KitKat case has shown that consumer awareness and knowledge and association of a shape with a brand is not enough for the Court to consider registering a 3D shape as trademark, and brands will have to show that their shape is distinct in order to stand a chance of registration.

KitKats may have been helping people take breaks since 1935, but the European Court of Appeal would not give Nestlé a break as they refused to register as a trademark the 3D shape of the chocolate bar. 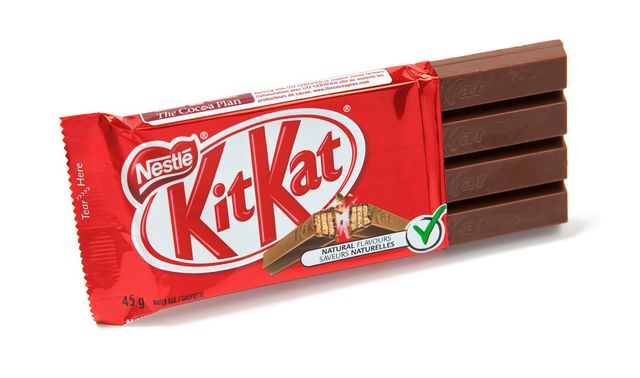 In the hands of the Court: Crypto 2020
Imogen Jones
Recent posts from Collyer Bristow Insights