Intellectual property is by definition restrictive. The various rights - copyright, trade marks, patents and designs - give the owner exclusivity to exploit the right or permit someone else to do so. Anyone who uses the right without permission will infringe the right unless they can call on one of the few, limited, defences.

In normal times someone who "reverse-engineers" (i.e. copies) a product designed by someone else would expect a complaint of infringement. And if the original designer has permitted the adaptation of its design in this way, the improvements made by the adapter would probably qualify for separate protection. There would normally be a scramble to exploit the adapted product for maximum profit, and any unauthorised copying would also be subjected to infringement policing.

But as well are all acutely aware, these are not normal times. So it is a development to be applauded that the ultra-competitive world of F1 Racing has used its formidable engineering prowess not to shave a couple of hundredths of a second of a lap time, but to help in the fight against Covid-19.

Working with a group of collaborators including University College London and UCH, the Mercedes F1 team has adapted and refined an existing breathing-aid design (so that it uses 70% less oxygen), obtained regulatory approval, and enabled high volume manufacturing capacity in record time. Furthermore the team has made the design freely available to others who wish to use it. No IP rights being claimed or fought over - but instead making a much more efficient design available in the fight against this rapidly spreading virus.

That deserves a round of applause for the entire design, testing and manufacturing team - a world championship performance.

Mercedes has made the design of a new breathing-aid device it helped develop freely available to help fight the coronavirus crisis. 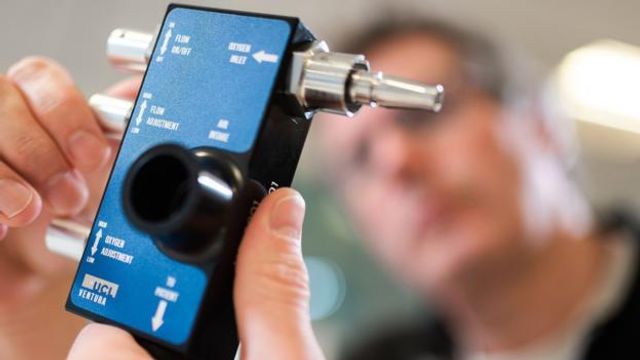 Is your personal data safe on Zoom?
Patrick Wheeler