2020 has been a landmark year for cryptoasset decisions. On 8 April 2020 New Zealand had its first major decision in this area. Justice David Gendall at the High Court in Christchurch considered that cryptoassets were property in the context of a liquidation. In doing so he held that users of the exchange are entitled to the assets they hold in Cryptopia accounts, deciding they should be classed as "property" as they were held in separate trust accounts.

The matter involved Cryptopia, a crypto exchange formed in 2014 which went into liquidation in 2019 after a serious hack and loss of 30 million dollars of cryptocurrency. Issues arose in the liquidation over who owns the remaining cryptocurrency and what should happen to it.

The company had over 800,000 users with positive balances that needed to be reimbursed, as well as 37 creditors and 90 shareholders who wanted their share of the remaining assets.

The applicants (the liquidators) applied to the Court for directions under s 284(1)(a) of the Companies Act 1993 for categorisation and distribution of assets in the liquidation.

The questions which were asked of the Court were (1) what are the assets in liquidation? (2) and what should be the method of distribution? It was held that: cryptoassets are property; the exchange was a trustee for the account holders of the currency on its exchange platform; and a separate trust exists for each type of cryptocurrency. The Court also gave directions that rules from the NZ Trustee Act in regards unidentifiable account holders would be applicable in regards anonymous account holders.

Justice Gendall said that he reached “the conclusion that the cryptocurrencies […] situated in Cryptopia’s exchange are a species of intangible personal property and [are] clearly an identifiable thing of value. Without question they are capable of being the subject matter of a trust."

Similar to the findings of the UK Jurisdictional Task Force in the Legal Statement of November last year, the Courts of New Zealand are treating cryptoassets as property in the context of insolvency. Justice Gendall also echoed the Task Force’s view that cryptocurrency is not mere information, as he dismissed that argument.

The decision aligns with the decisions in the UK, France and Australia this year, and Singapore last year, which all held cryptoassets to be property. 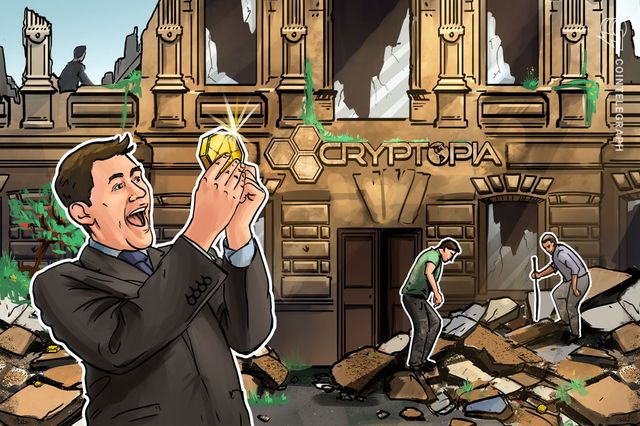